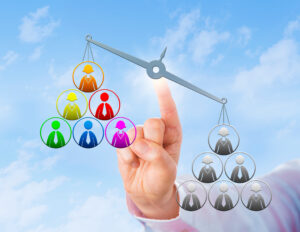 Appraisal bias persists in the United States, and President Biden was right to prioritize this issue. The latest reminder of bias’s pernicious effects came in September when Freddie Mac published research showing that appraisals conducted in Black and Latino neighborhoods are more likely to fall short of the contracted sale price than appraisals done in White neighborhoods.

The executive director of the President’s task force, HUD’s Melody Taylor, recently discussed its ongoing work. Taylor spoke about how the “cumulative impact of these disparities in home appraisals can be detrimental, particularly for families and communities of color.”

She went on to cite recent studies – like the one from Freddie Mac – that “have shown that homes in majority-Black neighborhoods are often valued at tens of thousands of dollars less than comparable homes in similar – but majority-white – communities.”

With the administration’s task force continuing to convene high-level government officials and analyze the issue, Taylor had little to reveal for the moment. However, the task force’s ultimate Final Action Report will hopefully shed new light on appraisal bias. FSIC’s Housing Task Force looks forward to examining it.