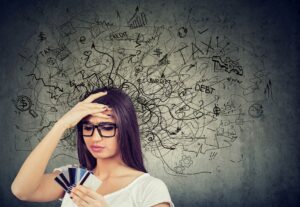 By: Mario Lopez
Posted: Jun 25, 2022 12:01 AM
Published on Townhall.com
Editor’s Note: This column was co-authored by Kevin Kimble.
The opinions expressed by columnists are their own and do not necessarily represent the views of Townhall.com.


Consumer spending drives the U.S. economy.  Historically, American consumers have pushed us into economic expansions and pulled us out of economic doldrums.

But what if we told you that one of the basic tools the American consumer uses for everyday purchases is rigged against us all and hurts the economy, with low-income Americans and small businesses taking the biggest hit?

Credit and debit cards carry hidden fees that collectively add up to more than $130 billion just last year.  As consumers, we don’t see them because they are buried in the prices we pay for goods and services.  The businesses we frequent may have to pay them more directly, but rest assured that the fees are quite real and have a profound negative economic impact for consumers from all demographics and income levels.

The Hispanic Leadership Fund recently commissioned research to look into these hidden swipe fees paid by every consumer who uses cards for purchases.  Because some of the funds from these charges are given to people in the form of reward points, those with low incomes get the worst deal of all.  Even individuals who cannot qualify for a credit card bear the costs in higher prices across the board.

The analysis also found that fees hurt small businesses, which are more likely to be minority-owned, more than their big competitors.  It is no surprise that larger companies and retailers can absorb the additional costs more easily than family stores and other entrepreneurs.

For example, the annual variations in swipe fees drive small business profits up and down by 4.5 percent. Also, swipe fees cost some retailers between 17 and 19 percent of their annual profit.

As the economists who did this research concluded, this creates enormous inefficiencies in the American economy that affect everyone—even those fortunate enough to get a few airline miles.

The lack of transparency hurts consumers.  When people know what they are paying and can make informed choices, they can control what they spend and how they spend it.  Hidden swipe fees take that opportunity away from all of us.  The lack of normal price cues is more likely to increase those prices and distort economic activity.

A better functioning marketplace would avoid hidden fees’ regressive and opaque nature.  As advocates for expanding economic opportunity for underserved communities, we believe that finding ways to correct this course will serve not only those communities but all Americans.

Mario H. Lopez is president of the Hispanic Leadership Fund, which advocates for public policy that increases liberty, opportunity, and prosperity for all. Kevin Kimble is CEO of the Financial Services Innovation Coalition, which promotes economic empowerment and meeting the income and wealth-building needs of all consumers.