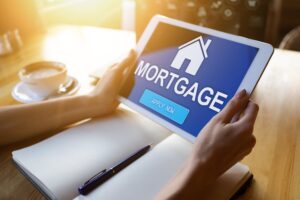 Last month, the National Mortgage News reported that non-banks made nearly two-thirds of all traditional home purchases, a meaningful increase.  For instance, 7.9% of these mortgages went to African American borrowers, up from 7.3% in the previous year.  Asian households had a 7.1% home lending market share, improving on 5.5% in 2020, while Hispanic borrowers received 9.2% of the loans.  Additionally, the share of conventional purchase loans made to borrowers from underrepresented communities also increased.

It is still evident, however, that a significant homeownership gap exists in cities across the country.  An Axios DC analysis found that as the black population of the nation’s capital continues to decrease, the homeownership gap between black and white District residents continues to grow.  According to the DC Mayor’s office, 34% of DC homeowners are black, compared to 49% percent of white residents.  However, some cause for optimism can be found as the number of total black homeowners increased by nearly 4,000 in 2019.

Researchers have cited multiple causes for this lack of black homeownership nationwide, which include a lack of inventory and increasing prices.  Through its $10 million Black Homeownership Fund, Washington DC aims to find solutions to this crisis.

Our Housing Task Force aims to eliminate bias in the housing marketplace so that disadvantaged and minority families can close the wealth gap.  The latest findings from National Mortgage News show the importance of non-bank lenders in addressing the homeownership gap.

Ultimately, there remain opportunities for more efforts to increase housing.  For instance, there is the Revitalizing Downtowns Act, which would convert vacant office buildings into apartments.  Also, the Yes In My Backyard Act would require community development block grant (CDBG) recipients to go on the record with explanations for not adopting specific pro-affordability and anti-discriminatory housing policies.